According to foreign media reports, in the framework of Einstein's theory of relativity, the speed of light is considered to be unable to "surpass". The "limit speed" in this universe has always been the goal of scientists' breakthroughs. Slow down the speed of light? Researchers from the University of Darmstadt in Germany successfully "trapped" light in the crystal for up to 60 seconds. This technology is a key step in the realization and improvement of quantum communication technology. 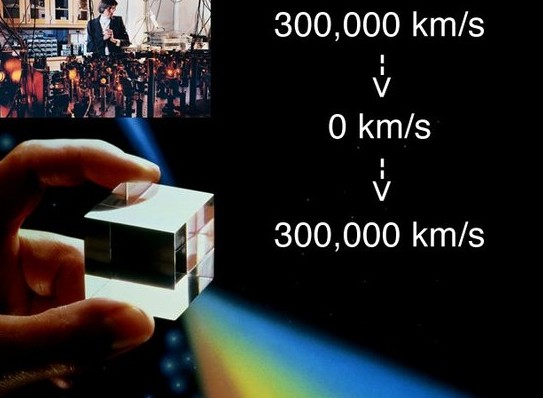 The fastest speed of light in the cosmic vacuum environment cannot escape human control. The special crystal medium reduces the speed of light and completely stops it, according to Thomas Klaus, a scientist from the University of St Andrews in the United Kingdom. It has been very, very long for the experiment to control the speed of light, which is an important milestone!

In order to "stop" the fastest light in the universe, German scientists used a technique called electromagnetic induction transparent effect (EIT), which makes the photoatomic resonance absorption frequency transparent by the quantum coherence effect. In the frequency spectrum, there are only transparent and non-absorbed channels in a certain frequency range, so German scientists need to control the bandwidth of the light pulse during the design experiment. In fact, the electromagnetically induced transparency effect is the result of quantum interference in a three-level system. The spectral theoretical calculation is usually based on the optical Bragg equation based on the atomic density matrix.

In this experiment, the scientist directed the controlled speed of light to the yttrium silicate crystal containing praseodymium element, and controlled the transparent state and opaque state of the crystal by controlling the laser beam, so that the incident beam could not be refracted, and finally controlled the photon with the intervention of atomic spin Carrying information. Previous experiments have also involved injecting controlled light velocity into a low-temperature rubidium (87Rb) atomic medium to achieve the purpose of reducing the speed of light. Polarized gradient cooling and a compressed magneto-optical trap are used to increase the density of controlled atomic groups. In addition, the Harvard-Smithsonian Center for Astrophysics also conducted research on the subject. The Bose-Einstein condensate atomic cluster was also used to freeze the information carried by the photons, the speed began to decrease, and the final storage time reached 1 millisecond. Quantum communication has great significance.

Outdoor Soft LED display' module is super thin, ultra light weight and most flexible to design shapes, effects, in any types, arc in any angles. It completely breaks out of the traditional heavy cabinet and can be used in any complex installation environment.Tiles of Soft Led Display are perfect solution for constructing smart, creative LED Display systems with the ability to adapt to structures.

Product Features:Space-efficient: Since these soft and flexible LED displays are not enclosed inside a cabinet, they only take up 5mm space in thickness. So, you can install freely without worrying about space limitations;easy servicing: With top and front access for service, maintenance becomes astonishingly quick and easy;Highly customizable:  You decide the shape, size, color, and pixel pitch, and we will take care of the rest. With these soft and flexible LEDs, you don`t have to shy away from irregular shapes like circles, columns, ellipses, triangles, spheres, etc;No cabinet metal frame,drastically deducting the screen weight.we can design any shape of structure as you need;Wide viewing angle: The horizontal and vertical viewing angles are so wide that it is suitable for wide horizontal;Fast Maintenance,with front maintenance design,maintenance efficiency is 10 times higher than tradtidional method,significantly saving time neede for maitenance;Clearer and vivider picture, Seamless, No chromatic. 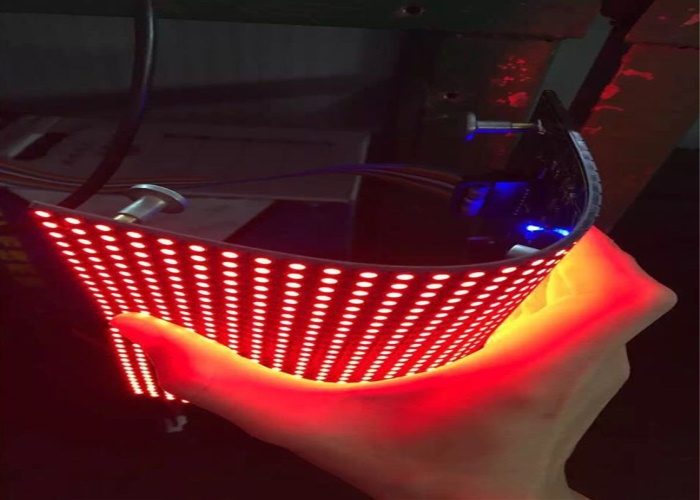