Virtual reality (VR) is becoming more and more popular in shopping malls and other public entertainment venues. VR offline experience stores have introduced a wide range of new VR devices and services, attracting users who are curious in this area. force. HTC's Graham Breen talked about the changes brought about by virtual reality in large commercial locations, and the enthusiasm of VR players in stadiums and other facilities infected everyone present. 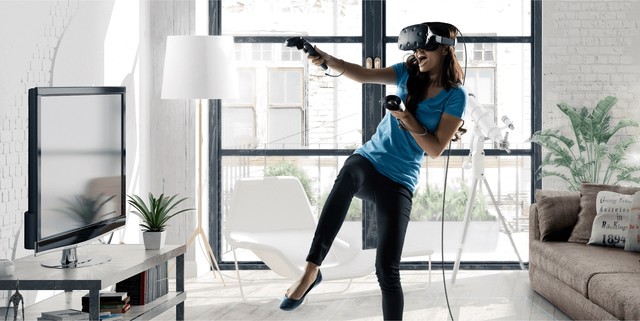 Today, setting up VR entertainment facilities in large-scale shopping malls has become a trend. Especially in areas where people flow is concentrated, the core radiation power of commercial circles that can be reached within 30 minutes can attract users of different ages.

HTC has noticed this phenomenon, through the Viveport and HTC Vive commercial version of the company intended to use these technologies can promote VR content to the public.

For VR content, most users are willing to experience it by paying for a higher degree of immersion. For those developers, they also want to make profits.

Breen continues to explain that the business model of VR malls is not perfect now, and many malls have a single channel for acquiring VR content. They only purchase VR games from digital distribution platforms (such as Steam) and copy and transfer them on a large number of similar shopping mall entertainment devices.

Although most of the VR paid content is not expensive, there are still illegal download sites that seek to gain benefits by downloading content. This also hurts the rights of developers.

Breen has not disclosed that HTC can combat these illegal behaviors in the future, but there is no doubt that for developers, it is a good thing to have a large number of employees to safeguard their rights and regulate the market order. In particular, HTC focuses on VR stores, indicating that there will be a series of actions to be launched on VR content.