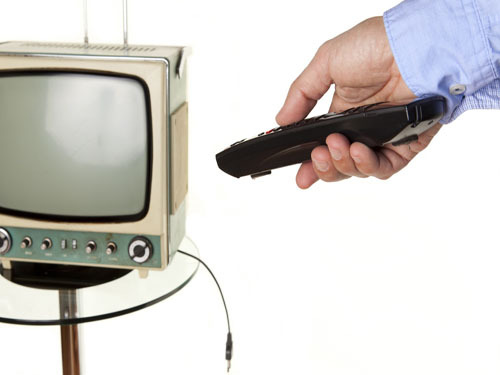 Regarding such data, whether you believe it or not, I do not dare to believe it anyway, but if you want to question it, it is indeed difficult to come up with enough evidence. We can only say that in the small circles of our lives, more and more people no longer watch TV or turn on TV. Maybe we really are a different kind of society.

The truth behind the data metrics is worth exploring

Of course, we shouldnâ€™t doubt the data published by listed companies. However, the data on this rating is also worth discussing:

1. How is the operating rate calculated?

Regardless of which of the above algorithms is used, such an operating rate cannot represent the future development trend of digital television, and it is far less valuable than the proportion of the TV population in the general population.

2. How does the increase in average viewing time per household per day?

This "average daily household viewing time" indicator is even more intriguing, because there may be two explanations: First, the average number of hours of daily viewing duration of the user boot, that is, the total boot time divided by the number of boot users; The second is the average number of viewing hours per day for all users, that is, the total number of hours switched on divided by the total number of users. From this point of view, the difference between these two methods of calculation can be greatly changed.

Regardless of the algorithm, the average ratings are related to the total number of users, because we are convinced that Gehua does not divide the total viewing duration by the total population of Beijing. Therefore, if there is a change in the number of installed users and the rest are groups such as the elderly with a high degree of television dependence, then the viewing duration will definitely continue to increase, and it will increase rapidly. However, it is hard to say that it is beneficial for operating companies.

Rising viewership is not really good for TV stations

Of course, the recent increase in ratings and the declining market growth of viewers may be related to the intensive actions of broadcasting and television. By blocking the use of STBs, expanding the content of individual broadcasts, and increasing the proportion of premium TV programs, it is believed that all TV stations in China will be in the nearest one or two. The year has a small spring back to the sun.

However, this dividend depending on the policy won't last long. On the contrary, after a period of rebound, the attractiveness of the TV program may drop rapidly, and it may even make the traditional TV station not reach the true bottom.

Even if the ratings are on the rise, it can even last for a year or two. The only real benefit will be wired network companies and CCTV. Local TV stations will be the biggest victims.

Unlike the situation in Beijing, where those networks that have already been separated from the Taiwanese network, cable television network companies will complete the transformation of capital, technology, and talent in this rare opportunity period, so as to realize the transformation of embracing the Internet in the future, and those places Television stations will be gradually abandoned by the cable network companies and they will be on the streets of the Internet until they become attachments to Internet video companies, or they will become users of Internet companies dumping content.

Ratings no longer become the most important measure of TV

For many years before, ratings have been the most important assessment indicator for broadcasters. Ratings mean program quality. Ratings mean advertising revenue. Ratings mean survival, and ratings mean the influence of radio and television and industry value.

However, with the advent of the mobile Internet era, the value of television and television stations in the media has declined, and even if it affects the role of public opinion, it has already given way to new media. Because of the growth of new and new human beings, the right to speak in the media is early. The television station is no longer on this side. Even if it is a news broadcast, if it is not to see what clothes someone is wearing today, how many people are really concerned may be that only retired veterans are left.

It can be directly said that many young peopleâ€™s families now have TV backgrounds, most of which are just background sounds. Even if they are turned on, TV watching is only for individuals in the family. It is no longer the familyâ€™s enjoyment. The ratings reflect The viewing population and ratings are completely different from before.

The assessment of smart TVs should use new standards in light of the TV mission and use value of the new era. Otherwise, simple operating rates, viewing duration, and ratings may no longer accurately reflect the true situation of television use. After the popularity of smart TVs, the indicators of the operating rate and the duration of viewing have become even more important. Some traditional indicators for measuring Internet video should enter TV evaluation.

This product adopt high-resolution TFT color LCD display and  2.4G digital wireless technology, IT adopted the embedded processor and embedded operating system, combined with the latest technology areas of IT, such as video compression/decompression technology, Digital code locking technique to avoid the serial code phenomenon of productsthe structure adopts special shockproof and waterproof technology.And it has easy installation, simple connection, no radiation, low power consumption, no flicker, colorful and realistic, and can be widely used in various vehicles.