The term â€œartificial intelligenceâ€ first appeared in the â€œThirteenth Five-Year Planâ€. In the â€œScience and Technology Innovation-2030 Projectâ€, smart manufacturing and robotics became one of the major projects; nurturing artificial intelligence, intelligent hardware, new display, and mobile intelligent terminals. All were included in the strategic emerging industry development actions. At present, China is implementing the "Made in China 2025" and "Internet +" action program, will raise the development of artificial intelligence to the national strategic level, clear the artificial intelligence as one of the 11 key development areas for the formation of a new industry model, and proposed Specific support measures to clear up the unreasonable system that hinders development. The transformation and upgrading of the robot industry is imperative. How will Chinese robots respond to future industrial changes? After losing the first round of advancement in the robotics industry, it is even more important to advance the robot 2.0 era. China's ability to innovate in the robotics industry lags far behind those in Japan, the United States, and Germany, and the current efforts in the robotics industry also have irrational directions. The single mode of development, lack of strategic and overall, did not see the development direction of the robot industry itself transformation and upgrading. 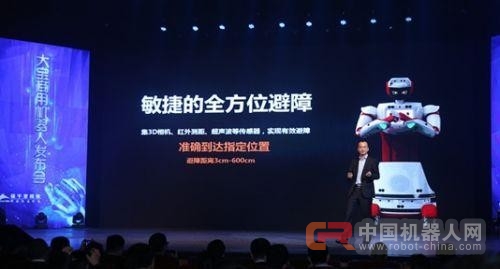 Industrial computers and commercial computers have always been inextricably linked. They each have their own application areas, but they affect each other and promote each other, reflecting the progress of science and technology. At present, it is better to do Sanqi Tuoda in China and Advantech in Taiwan. Advantech has a higher reputation, but its price is higher. The industrial computer site can be embedded in the machine, cabinet or placed on the operation table, and it can be used as a man-machine display interface. It is used in telecommunications, electric power, multimedia, national defense, automation equipment, manufacturing and other fields. It is used as a man-machine interface, thin client, PLC and POS communication and control terminals. Digital hospitals are used as bedside service terminals and outpatient terminals to improve hospital service and management. Banks, shopping malls, hotels, railway stations, buses, subway stations, parks and other public places as media (advertisement) players or inquiry terminals. High-end residential quarters are used as home service terminals to implement intercom, message, cost inquiry, product order, home appliance management, temperature and humidity control, etc.