From the traditional TV to the smart TV, the evolution of the original and the functional machine to the smart phone is exactly the same, but the smart TV does not seem to be as imaginative. It is still often seen that many netizens commented that "there is hope that there will be a TV without a system" and that "the quality of the TV is the most fundamental." Of course, this does not negate the inherent advantages of smart TV, but at least it allows us to consider what Is the most essential thing of smart TV? 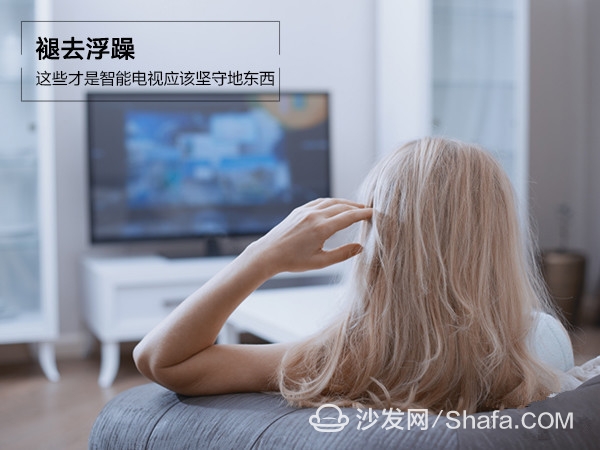 At present, there are more or less contradictions between "smart" and "television" that are still not resolved. This is also the root cause of many netizens shouting "To have a TV without a system."
As the entertainment center of the living room, TVs have a very low frequency of common property updates for home appliances. No one will change the TV at home as if it were a mobile phone. Many people even plan to buy a TV for the elderly. If this is a bit exaggerated, then it will be a basic requirement for three to five years. When the TV encounters "intelligence", the current hardware update speed is very different from the normal service life of the TV. 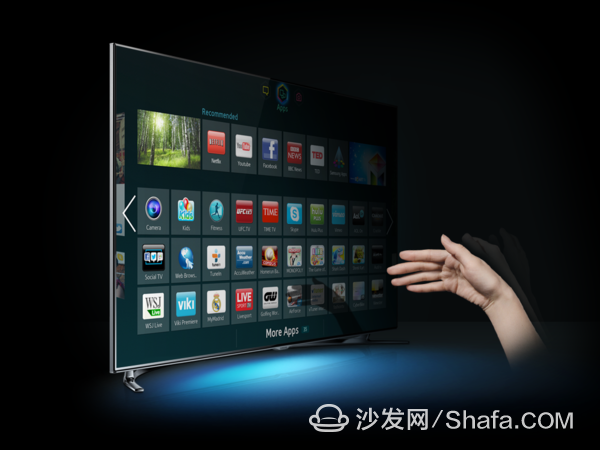 Smart TV opens new entrance for Internet companies
After the popularization of PCs and smart mobile terminals, traditional TVs have gradually faded out of people's lives, and the emergence of smart TVs has allowed the television industry to reproduce new springs and opened up new entrances for Internet companies. Users can directly order online resources on TV without using mobile phones or computers, giving full play to the value of big screens. As a result, music, micro whale and other public Internet TV brands have followed suit.
Immediately afterwards, the network IP drama industry exploded overnight. All over the IP dramas went online one by one, spending hundreds of millions of bones, Qingyunzhi, and smiling all over the city and so on. The Internet terminal entrance was not only smart phones and computers, but also many. A smart TV.

From 2015 to 2016, Internet TV was quickly counter-attacked and suddenly it was necessary to split half of the TV industry. In addition to cost-effective, content advantages have become the trump card of the Internet TV brand. Under this impact, traditional TV manufacturers such as Skyworth and TCL are facing a transition and are competing with Internet brands through cooperation with Internet resource providers such as Tencent and iQiyi. In these two years, what we seem to hear most often is "Which brands have the most TV content?" "Which TVs can watch XX TV shows?" 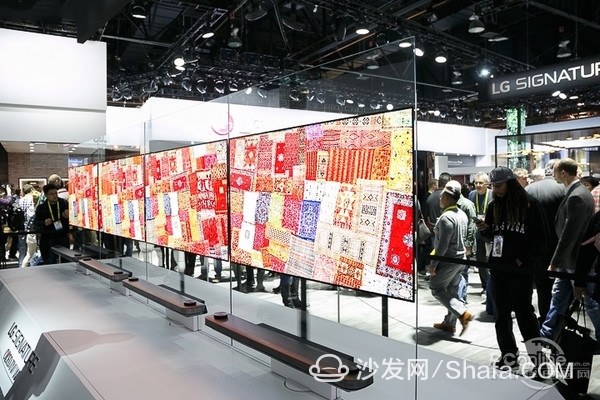 CES2017 LG OLED TV New Products
In 2017, CES grand opening, Samsung, LG, Sony, TCL, Skyworth and other traditional brands as well as millet, music, micro whale and other Internet brands, have presented the world with its 2017 glory. QLED (QDs) and OLED duel, inter-screen color, picture quality of the paradox, suddenly made the author realize that the most important thing is that the quality of the TV!
In the past two years, with the participation of Internet TV brands, the domestic television industry has become extremely fierce and at the same time it has become very impetuous. There is endless competition for price wars and content ecology, but there are few who can truly conquer consumers in terms of quality. Skyworth is a faithful pursuer of OLED in the country. Its OLED series TVs S9300, S9-1 and S9D are products with superior picture quality in domestic TVs. 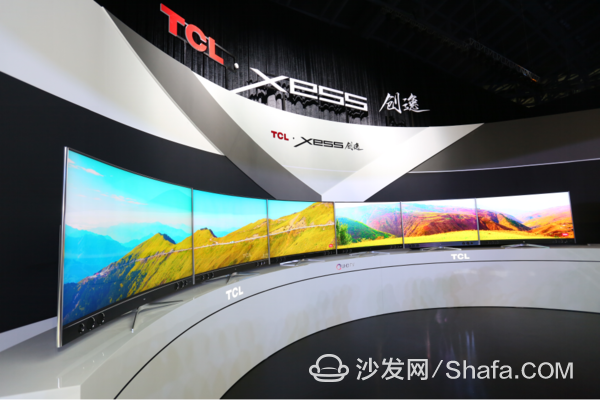 At the same time, in the high-end TV products, TCL's Quantum-dot TV can not be ignored, especially the X1 series of high-end sub-brand XESS released in 2016, is even more praise. However, these high-end products are only aimed at a small group of people. However, the true focus on television quality is far more than this small group.
Of course, it does not mean that smart TVs are not good or that content is not important, but the development of the television industry in the past two years seems to place too much emphasis on users' demand for content, which has played down the important part of the picture quality. The content was originally an advancement in enriching the television experience. Today it is anti-guest, which is obviously not appropriate. 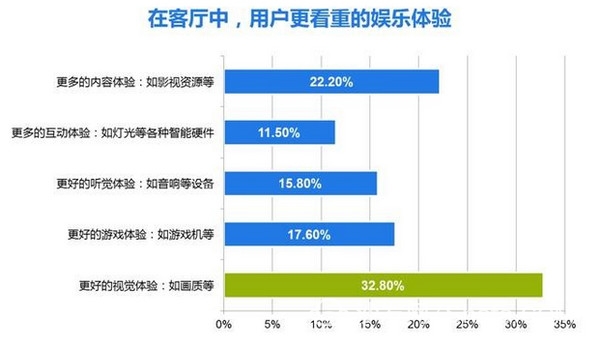 In a survey, more consumers still think that picture quality is the most important part of television, and content is second only. This just confirms what has been said before, smart TV can achieve more and more features, but it is still the quality of the picture. On the content, but PC than on the Internet; On the sound quality, but home theater; On the performance, but mobile phones, computers, and only "picture quality + big screen" is other products can not be compared to the advantages.
CES2017 let us clearly see the new year, the development trend of the smart TV industry, QLED and OLED technology continues to heat up, including LeTV and other Internet companies have also begun to join the battle. The domestic smart TV industry, after a few years of hot weather, finally eased and calmly returned to the screen quality battle. The first deep-seated Quantum Dot TV has long been the launch of TCL's high-end sub-brand XESS and the top flagship X1, followed by Skyworth and BOE's cooperation in the development of China's first OLED TV, and then LeTV began to join the ranks of Quantum TV, the major manufacturers have gradually Move the focus back to the screen. 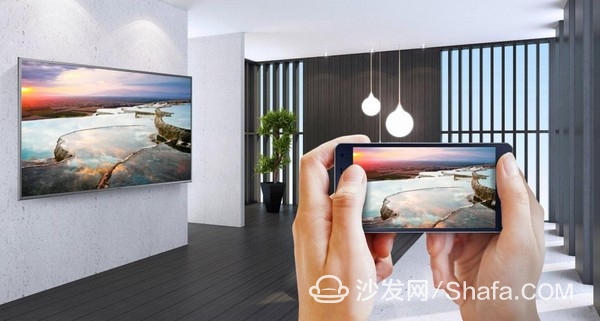 The Fit of Smart TVs Similar to "Traditional TV Smartphones"
In the traditional era of television, there were not only a few televisions with extraordinary picture quality, but they were also pushed to the edge by mobile phones and PCs. The reason was that the resources that TVs could provide at that time were extremely limited and unattractive compared to PCs. . The emergence of smart TVs, similar to the "smart phone + traditional TV" fit form, allowing users to return to the big screen entertainment. In other words, online resources are also an important advantage that smart TVs should have. This is not in contradiction with the primacy of screen quality, but is interdependent and mutually complementary.

In 2017, many domestic video providers, including Youku, Leshi, iQiyi, and Tencent, have invested heavily in IP dramas and online entertainment, and smart TV is also one of the top three terminals. According to Youku official statistics, in March 2016, smart TV users have successfully surpassed the PC terminal and become the second largest terminal. It can be seen that the increase in the status of content services to TV is quite obvious in Chengdu.
Summary: The advent of smart TV is indeed an unprecedented change in the television industry. It perfectly combines the Internet and TV. However, the essence is still television. A screen occupies more than 70% of the cost of television, whether it is watching movies, playing games, and when It is the most basic protection, and content, sound quality and other aspects are to serve to enhance the user experience. From another perspective, television manufacturers should be based on image quality technology, such as Sony's image processing engine.
From the CES point of view, it seems that only in the domestic TV market before the emergence of large-scale content initiatives, and in the global market Samsung, LG, Sony and other manufacturers are still the main screen, quality technology. It can be seen that no matter what kind of morphological changes the television has made, only the image quality should remain unchanged.
Smart TV/box information can focus on smart TV information network sofa butler (http://), China's influential TV box and smart TV website, providing information, communication, TV boxes, smart TVs, smart TV software, etc. Answering questions.