The distinguishing features of CCD are:

We can understand what we have captured as consisting of many small dots, each of which is a pixel. Obviously, the more the number of pixels, the clearer the picture will be. If the CCD does not have enough pixels, the sharpness of the captured picture will be greatly affected.

So for a series of problems such as cost, a lower cost, lower power consumption and high integration CMOS sensor was born.

CMOS is an important chip in computer systems, which preserves the most basic data for system booting.

CMOS manufacturing technology is no different from general computer chips, mainly using semiconductors made of two elements, silicon and germanium, to coexist negatively charged N-poles and positively charged P-poles in CMOS. The current generated by the two positive and negative complementary effects can be recorded and converted into images by the processing chip. It was later discovered that CMOS can also be processed as an image sensor in digital photography. 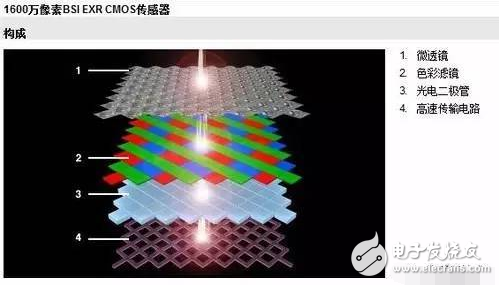 It is considering that the manufacturing cost and yield of CMOS sensors are higher than that of CCD sensors. Therefore, several well-known manufacturers have begun to increase the research and development of CMOS sensors since 2000. At present, the growth rate of CMOS has reached several times. At the level of the CCD.

We can see that even in the early days of Nikon's digital SLR products, there will be some models of cameras using CCD sensors, but it is basically difficult for Nikon, Sony or Canon to launch digital cameras in recent years. Then I saw the trace of the CCD.

Although the use of CMOS sensors saves the cost of the camera, the quality of the image is still the most important for the camera. The biggest fatal injury in CMOS compared to CCD is the quality of the image, because early CMOS has a clear disadvantage. That is, the frequency becomes faster when the current changes, so heat is inevitably generated, eventually causing noise on the picture to affect the image quality.

Therefore, it can be said that the main development direction of the future camera market will still be CMOS as the core, and on this basis, continuously improve the resolution and sensitivity of CMOS.

The times are progressing, cost saving is the business rule that every merchant is insisting on. The future of CCD is not necessarily in the camera market. In other fields, CCD will be widely used by virtue of its own advantages.

Technology is constantly evolving. I believe that in the future, there will be more kinds of sensors. This is only a matter of time. At that time, we look back and see the film era, CCD era and we have experienced. In the CMOS era, we will sincerely sigh the rapid development of technology.

Comparison of CCD and CMOS

CCD and CMOS use the same photosensitive material, so the basic principle of generating electrons after receiving light is the same, but the reading process is different: CCD is transferred in frame or line mode with the synchronization signal and clock signal, the whole circuit is very complicated, read The output rate is slow; CMOS reads the signal in a DRAM-like manner, the circuit is simple, and the read rate is high.

The CCD readout circuit with special technology is more complicated, and it is difficult to integrate A/D conversion, signal processing, automatic gain control, precision amplification and storage functions onto one chip. Generally, it requires 3 to 8 chip combinations to realize, and also needs A multi-channel non-standard supply voltage.

CCD technology is quite mature, and CMOS is in a period of booming. Although the quality of high-end CMOS images is currently not as good as CCD, some indicators (such as transmission rate) have surpassed CCD. Due to the many advantages of CMOS, many organizations at home and abroad have developed many products using CMOS image sensors.

Sometimes you may have such a question. Why is the HD network camera different in image effects? Why use the same accessories, why the effect is different at night? In fact, this is related to the hardware specifications of the sensor we use (ie, image sensor), whether it is CCD or CMOS image sensor, mainly "pixel, target size, sensitivity, electronic shutter, frame rate, signal to noise ratio" These six hardware technical indicators. 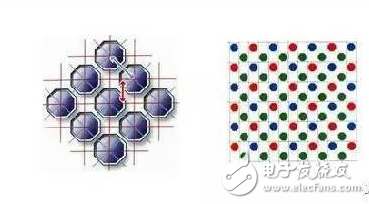 The size of the photosensitive portion of the image sensor is generally expressed in inches. Like a TV set, this data usually refers to the diagonal length of the image sensor. As is common with 1/3 inch, the larger the target surface, the better the amount of light passing through, and the smaller the target surface, the easier it is to obtain. Greater depth of field.

For example, 1/2 inch can have a relatively large amount of light, while 1/4 inch can easily obtain a larger depth of field. "Look at our Zhongwei Century products: 100W is 1/4 inch, 130W is 1/3 inch, 200W is 1/2.7 inch. You can perceive the different sizes of the target sizes mentioned above from the screen. The image quality changes come.

This explains why different cameras have a big difference in night vision. The unit of sensitivity is V/LUX-SEC, V (volt) is the unit of voltage we usually say, LUX-SEC: is the unit of weak light. The larger the ratio, the better the night vision effect.

It refers to the number of pictures recorded or played in unit time. Continuously playing a series of pictures will produce animation effects. According to the human visual system, when the playing speed of the picture is greater than 15 frames per second (ie 15 frames), the human eye can hardly see the picture jumping; When /s ~ 30 frames / s (that is, between 24 frames and 30 frames), the flicker phenomenon is basically not noticed.

Is the ratio of the signal voltage to the noise voltage, and the unit of the signal-to-noise ratio is expressed in dB. The signal-to-noise ratio value given by the general camera is the value when the AGC (Automatic Gain Control) is off, because when the AGC is turned on, the small signal is boosted, so that the noise level is also increased accordingly.

Currently, CCD is still superior to CMOS in terms of performance. However, with the continuous advancement of CMOS image sensor technology, based on its inherent advantages of integration, low power consumption and low cost, the noise and sensitivity have been greatly improved, and the gap with CCD sensors has been shrinking. Even some insiders believe that the future sensor market should be the world of CMOS. So, which sensor is more suitable for the industrial camera market? Or which sensor is more suitable for future needs?

For the above questions, the answer is obvious: there are many issues that need to be weighed when choosing a chip.

CCD and CMOS image sensors have their own advantages and disadvantages. They are both a competing and complementary relationship in the entire image sensor market. In some cases, the two sensors are complementary and can be applied to different applications. . No matter which kind of sensor is more powerful, their technological advancement will undoubtedly greatly promote the development of the image sensor market and machine vision industry.